The Enduring History and Revival of Port Ellen Whisky

Posted on July 13, 2019 by The Grand Whiskey Auction - Distilleries 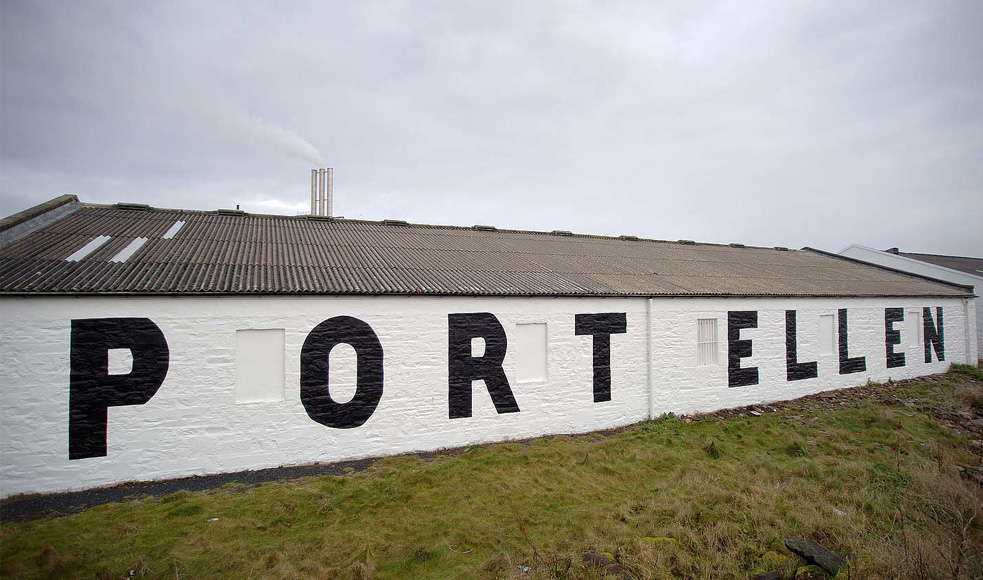 If you were to look at past whisky auctions, like those here on our site, for example, you could be forgiven for thinking Port Ellen Distillery was still active. However, as anyone with a shred of knowledge in active and closed distilleries will tell you, Port Ellen closed in 1983. That hasn’t stopped people wanting a taster of what is arguably considered some of the finest made on Islay during the period of 1967 to 1983. What can we learn from Port Ellen and its subsequent popularity?

Port Ellen was first founded on the south coast of Islay by AK Mackay and Co in 1825. There are so many firsts that Port Ellen achieved, such as the first to use the Septimius Fox spirit safe design as part of the distillation process. It was also the first distillery, thanks to the owner of the time, John Ramsay in 1836, to make trades with the US.

Fast forward a little to 1966 to 1967, after being closed since 1929, was reopened with the addition of two extra stills and then in 1973 a large drum for maltings was constructed that still supplies malt to the distilleries around Islay nowadays.

Unfortunately, during the whisky market and economic slump, Port Ellen was closed for good. The interesting thing is, though, during those approximately 17 years have gained a high reputation for being some of the best made on the island. Due to its sterling reputation, not just in the whisky community, but also on a more mainstream level, it has become one of the most sought-after whiskies and is often cited as offering the most quintessential Islay whisky.

The interest in Port Ellen whisky is what drove Diageo, when they bought up the distillery, to release two Rare Maltings bottlings in both 1998 and 2000. After those successful runs, they then have released an official Port Ellen bottling each year right down to the present day from 2001 onwards. Although there was concerns the supplies may be running low, Diageo recently announced that it plans to reopen Port Ellen. Clearly off the back of the demand for the rare bottlings.

It’s not just Diageo who have helped keep the good name of Port Ellen alive though, as independent bottlings have been released by Douglas Laing and Signatory, most notably. Over the last decade, the prices for these rare bottlings from Port Ellen have steadily increased. This highlights the growing interest there is in investing in these ghost distilleries. Now that Diageo is spearheading the revival of Port Ellen, more people will be able to benefit from the flavour and complexity of this highly favoured Islay classic.

There was concerns Diageo were going to ruin the legacy when they destroyed the precious stills that had been used by the company while it was operational. However, the company has employed many of the staff who served at Port Ellen in their many other Islay distilleries and are following distillery design plans from the original buildings in the recreation of operations to enable them to achieve that spectacular taste.

Success of Port Ellen at Auction

Here at The Grand Whisky Auction we had the pleasure of selling a number of Port Ellen bottlings at auction, with great success. For instance, in June this year, we sold a Port Ellen 1979 32-year-old 11th release bottling for £1,250. That bottle, originally distilled in 1970 and then bottled in 2011, was one of just 2988 bottles and was filled at cask strength.

Port Ellen Not the Only Closed Distillery Worth Investing In

It’s not just Port Ellen that is a closed distillery that’s worth investing in, Brora is another. It’s the limited-edition aspect that spurs people on to want to spend their money and get a piece of it. There is also something to be said of the nostalgia side of things. That and the fact that many of the bottlings you find are very mature and have more complex tastes. Therefore, if you are going to invest in a whisky collection, before looking to those distilleries that are all in operation, you should look to the rarer bottles filled from casks of old and inactive distilleries.

Whatever happens next with Port Ellen (and Brora, also announced to being revived by Diageo), but whether any new whisky is produced i