Posted on July 12, 2019 by The Grand Whiskey Auction - Distilleries 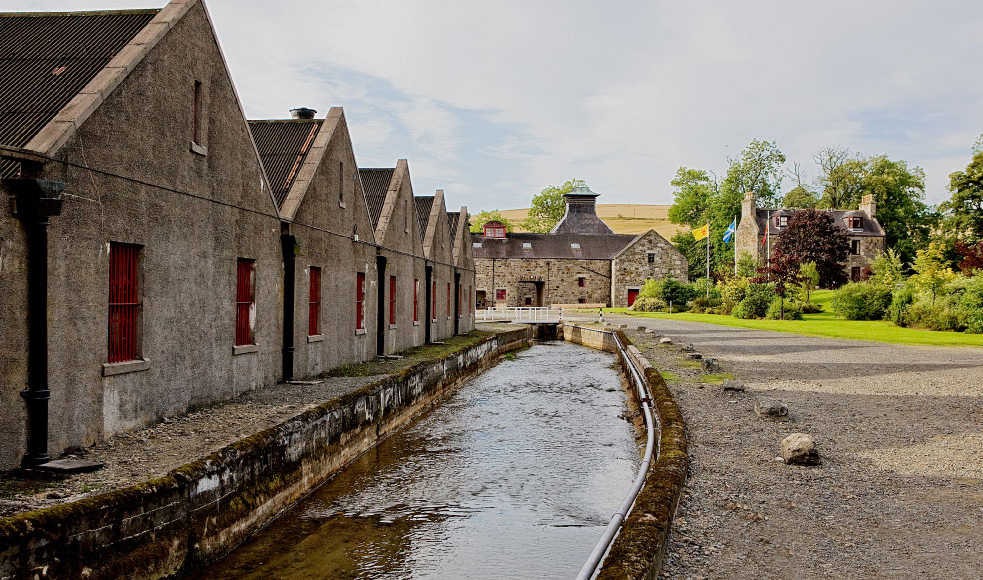 To say Glendronach Distillery was historically important and well-loved would be doing it a severe disservice. The single malt whisky made in Forgue, close to Huntly in the Northern region of Aberdeenshire is one of the finest Highland whiskies. Ignoring the time between 1996 and 2001 when the distillery was mothballed and out of operation, Glendronach has remained at the forefront of the whisky scene for most of its time in existence. Where did it all began and what about modern Glendronach? Find out more in the following post.

History of Glendronach, the Beginnings

Glendronach was one of three distilleries in the Garioch area and was first established by a local farmer partnership with James Allardyce leading them. He was a charismatic man, to say the least and built a strong and noteworthy reputation for the whisky they produced. In fact, not long after the distillery first opened, was it already selling in London. However, good turned to bad very quickly when a fire all but destroyed the entire distillery.

Following the downturn in fortune of the fire, Allardice was bankrupt. The interesting part of the Allardice and Glendronach is the rumour that while trying to drum up some business for the fledgling enterprise, he took a trip to Edinburgh to try and sell it to public houses. However, it didn’t go well, until he met up with a couple of prostitutes who were looking for him to take them out for a drink.

As the alleged story goes, he explains that he was in the whisky business and that he had some of his own that they could sample. So, they went to his hotel room, enjoyed the whisky and because the locals were aware of this and the girls were looking for more, he gave them the rest he had. When there were a lot of ladies of the night drunk from Allardyce’s Glendronach, people were then curious to know where it came from and asked for it by name in the establishments that had turned down Allardice’s offer.

It is thought that when Walter Scott, Teaninich’s former manager, took over following Allardice’s death, that is why the distillery really took off. That his accidental promotional efforts had really paid dividends. Regardless, Scott remains at the helm of the company until he died around the 1880s and then it was bought in 1920 for just £9,000 by son of the man behind Glenfiddich, Charles Grant.

The distillery grew in popularity and remained under the control of the Grants until it was bought in Teacher’s in 1960. It’s unsurprising that Teacher’s was the company that wanted to buy Glendronach, as their distinctive blend required the malt found and used at Glendronach.

Following the acquisition, two more stills were added to the production. In the way of things, consolidation plaid a huge part in its downfall and then subsequent revival. As Allied Brewers bought Teachers and became Allied Domecq, who were then bought by Pernod Ricard. However, the lowest point in the distillery’s history was when the powers that be closed its floor maltings and it was mothballed.

Even when Pernod took over and the distillery was reactivated in 2002, the maltings were not. One of the things that has always made Glendronach special is that it relied on coal-fired stills, even when the rest of Scotland and the world were converted to use indirect steam-heated coils. As part of their acquisition, Pernod shut down Glendronach in its current state at the time because they wanted to convert like the rest of their whisky distilleries.

Billy Walker and the Revitalisation

The upside of this long and chequered history comes in recent years when Glendronach was sold by Pernod to a consortium established by Billy Walker. Billy Walker will be familiar to anyone who loves Benriach which has also recently experienced an upturn and revival. With a new owner and new drive for success, Glendronach with a new 15-year old and 18-year old added to their collection of core expressions. They were introduced alongside the existing 12-year old and 33-year old that Pernod had introduced during 2005.

Nowadays, although much has changed, a lot remains the same in the production of the fine Glendronach single malts. They still use a malt mill, copper mash, wash backs made from Oregon pine as part of the long distillation and maturation process.

They have 4 copper pot stills that distil and then redistil the richest and finest spirits. The thing that makes Glendronach stand out from the crowd though, is undoubtedly the maturation process in the best sherry casks. Recently, The Grand Whisky Auction sold a bottle, the Glendronach Master Vintage from 1993, making it a 25-year old. This is a single malt with a deep and complicated flavour, with a nose that’s full of toasted sultana bread, smoky walnuts and marzipan.