Posted on July 10, 2019 by The Grand Whiskey Auction - Distilleries 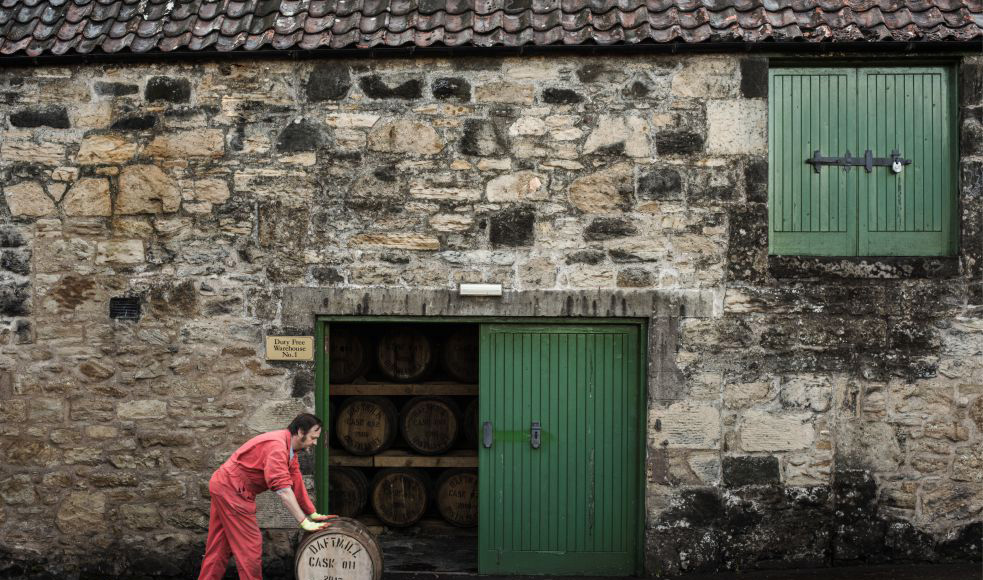 Daftmill Distillery is located on the site of a farm that has been reportedly in the Cuthbert family for centuries. In fact, according to the brothers, Ian and Francis, who run the farm and the distillery, there have only been three families that have worked the land at Daftmill in 1,000 years. So, principally, it’s a farm that yields malting barley sold to the whisky industry, prized beef cattle and a successful potato crop. So, when did the brothers decide to turn their hand to whisky production?

Whisky Production Starts at the Farm

It was 2003 that they began devising a plan to make whisky on the farm. They submitted their planning application to turn the mill buildings, dated back to the Napoleonic era, on the farm, into a distillery. After they built the distillery, three years later in 2005 their application for a licence to produce whisky was granted and so the whirlwind began. There was a real buzz within the whisky community, between the experts and the drinkers, when the news of Daftmill Distillery’s establishing, and the start of their production was announced.

Farm First, Distillery Second – But Both Are Important to the Brothers

As it is farm above all else, the whisky production side of their business enterprises is kept to a very small number. They only actually produce 100 casks every year. To the uninitiated, that might sound like a lot. The truth is, compared to the big guns in whisky, like Bowmore etc, that’s small potatoes.

Consider Kilchoman, another farm distillery that was established at a similar time to Daftmill Distillery. They are aiming to produce around 2,500 casks a year. Although bigger than Daftmill, it’s really nothing by the standards set by the larger brands and distilleries. It’s not just their full-time responsibilities of running and caring for the farm that factor into why they produce such a limited amount each year.

Everything Leads Back to Daftmill Farm

It’s also that Francis and Ian Cuthbert are fiercely compassionate about their product and what to uphold the provenance of the whisky. The rumour is if you pointed to any random cask of whisky in their warehouse, the brothers, without much deliberation would be able to point out the exact field the malted barley used in that cask was grown and harvested from.

They are that determined to keep all operations, all parts of the process from the growing to the distilling, maturing and bottling is done on the farm. The water used in the process is derived from their own well on the farm and obviously the malting barley comes from their own harvest (they take around 100 tonnes aside for the whisky production). Even their prized herd of cattle benefits from the whisky, because the draff produced once mashing is completed is then fed to them. About the bottling, the brothers secured a deal with the highly regarded Berry Bros & Rudd for exclusivity at bottling.

Scarcity and Rarity and The Increasing Popularity

The scarcity and rarity of their bottlings and whisky output is what we at The Grand Whisky Auction, and everyone else in the whisky community, love about Daftmill. We have a special appreciation for their enterprise and the fact they are one of the smallest fishes in a sea of big sharks. We too often feel that way – like we are trying to compete with the big boys.

Everyone loves an underdog, and when it’s an underdog that hails from the Kingdom of Fife and produces some sublimely smooth and delicious single malt, it’s hard not to see why they’re loved. Take their most recent bottling, that we recently sold at auction for the price of £500. That Daftmill 2006 was one of just 621 bottles produced.

We are delighted to help showcase such extraordinary examples of modern lowlands single malt production. What lies ahead for the Cuthberts and their distillery? Who knows? They are unlikely to expand too much beyond what they are producing now, but we wait and see the effects further maturing will have on their current output.